A new year has begun, and people always look forward to a fresh start coming up with New Year’s Resolutions and completing more objectives on one’s bucket list. Finding places to travel to can be a dilemma for both casual and hardcore travelers alike. From all the beautiful landscapes of the Philippines to the city life of Tokyo, there are an endless number of destinations which one can visit. The only problem is that there are only 365 (or 366 in the case of 2020 or any other leap year) days in a year. By the time you are reading this sentence, 11 days have already passed in 2020. It is not too late to start planning your travels for the year! Last year I was able to visit many great places which I really enjoyed. Based off my experiences from 2019, here are five places you must travel to in 2020: 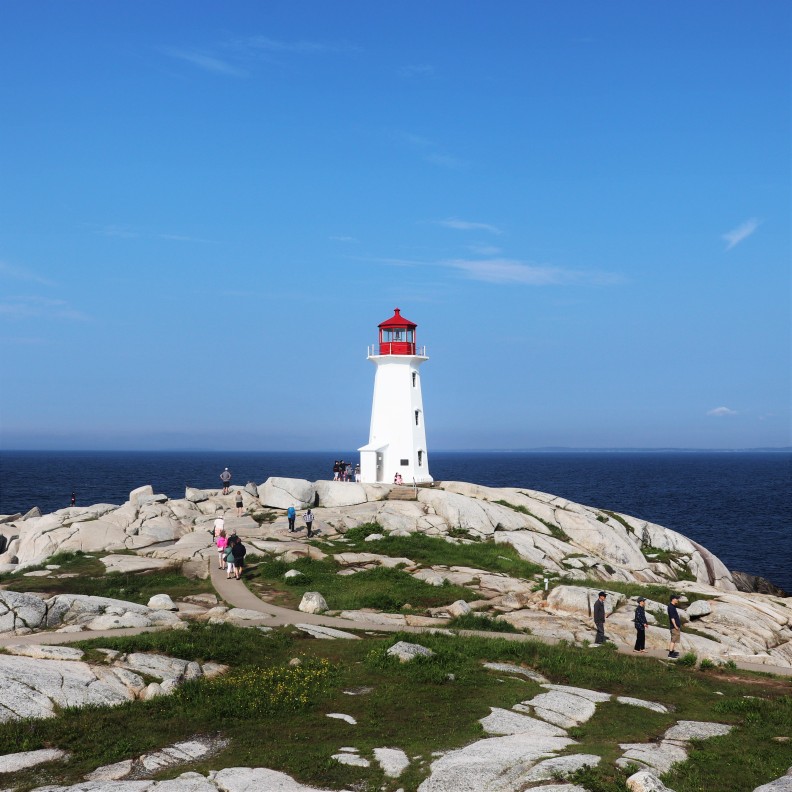 Nova Scotia is one of Canada’s maritime provinces located along the Atlantic Ocean. Home to beautiful coastal landscapes and succulent seafood, Nova Scotia is a Canadian gem waiting to be discovered. Unless you are driving into Nova Scotia from New Brunswick, you will most likely arrive in Halifax, the largest city and capital city of Nova Scotia. Halifax is home to a lot of great history such as the Halifax Citadel, a historic fort which once protected Halifax from potential attackers by sea, and the Canadian Museum of Immigration at Pier 21 which was Canada’s version of the United States’ Ellis Island. Even if history is not your cup of tea, there is plenty of delicious food to be found throughout the city from all the seafood restaurants to the plentiful donair shops. If you are not a fan of seafood, there are plenty of restaurants in Halifax which have great food which is not from the sea. During the evening, the harborfront is the perfect place to relax and enjoy the fresh air.

Outside of Halifax, make sure to check out the coastal communities of Peggy’s Cove and Lunenburg. They are both short drives (about an hour or less) from Halifax, and they capture not only the essence of the fishing industry (the legendary schooner the Bluenose was built in Lunenburg) but also some of the finest seaside landscapes you will encounter in all of Canada. I really enjoyed gazing out at the Peggy’s Cove Lighthouse right on the coast! No trip to Nova Scotia is complete without visiting Burntcoat Head Park located on the Bay of Fundy, home to some of the largest tide differences on Earth. If all possible, try to visit at both low and high tide to see how different the landscape looks – it is like something out of a fairy tale! At low tide, you can even walk on the sea floor!

Texas is home to many great cities, and San Antonio is definitely one of them. San Antonio is home to the Alamo, one of the historic Spanish missions in the area. The Alamo was famous for the Battle of the Alamo where the Texan army fought against the Mexican army in its war for independence from Mexico. Although the Texan army lost the battle, they fought a hard battle and they eventually defeated the Mexican army in the Battle of San Jacinto located just east of present day Houston.

In addition to the Alamo, San Antonio is famous for its River Walk. The San Antonio River Walk is a great place to enjoy a drink or some food, shop, check out entertainment, or go for a leisurely stroll along the San Antonio River. You can also take a relaxing boat cruise on the river where the captain will point out all the major attractions along the River Walk and even provide some historical facts about San Antonio as well as the different sights you will encounter. Be sure to check out the River Walk at night where everything comes to life with musical performances on the boats! If you get hungry, San Antonio is a great place for some delicious tacos!

The San Antonio area also has four other missions which you can check out. Each mission has its own unique history and culture. During my visit to San Antonio, I got to check out the four missions in this video:

Imagine an island with stunning landscapes out of a storybook with delicious food and spectacular wildlife. Bali is that place, and I had the opportunity to visit it for myself last year! Bali is one of over 17,000 islands in Indonesia, and it is (along with Java) one of the most popular islands in the country. With all the amazing sights and food, I can understand why.

Bali has a great collection of rice terraces, Hindu temples, and waterfalls which are great to visit especially at sunrise or sunset. Just gazing at the temple at Beratan Lake at sunset will clear your mind of all your troubles. When you are looking for a place to stay in Bali, I highly recommend staying in Ubud which is more inland and has a jungle-like feeling to it. Ubud is home to a lot of shops, restaurants, and even a monkey forest where you can get close to the Balinese long tail macaque. The monkeys are not shy and love the attention of visitors. Just make sure that you do not carry loose items or food with you, or they will snatch them from you!

One of the best parts of Bali is the food. The food in Bali is so delicious and very affordable. There are so many different rice and noodle dishes you can try including the signature fried rish dish, nasi goreng. To dig even deeper into what Balinese cuisine has to offer, you can also take a Balinese cooking class where you can make some authentic Balinese dishes.

South Carolina is a great travel destination in the southeastern United States. One of the top destinations in the state is the coastal city of Charleston. Charleston was the first settlement in the Carolinas back during colonial times and was also the birthplace of the American Civil War. Some of the top sights include Fort Sumter which was where the American Civil War officially began. As the fort is located on an island, a ferry is available from both Liberty Square in Charleston as well as over from the nearby city of Mount Pleasant. Charleston is also home to many historic homes including the ones located near The Battery as well as some beautiful historic churches. After all, Charleston’s nickname is the “Holy City”.

Charleston is also home to the Charleston City Market where many local vendors sell goods to both locals and tourists. You will find plentiful items including sweetgrass baskets woven by the Gullah Geechee. Outside of downtown Charleston lies both the Charles Towne Landing, the site where Charleston was first founded, as well as many historic plantations. One plantation to check out is the McLeod Plantation which tour guides will delve deeply into the history of the plantation as well as the McLeod family who ran the plantation along with the slaves whom worked the plantation until they were freed after the ratification of the 13th Amendment to the United States Constitution.

You thought I, a traveler from Michigan, would seriously leave off a Michigan-based destination from this list? TripSavvy has listed Michigan, just days ago, as one of the top destinations to visit in 2020. If you are looking for a perfect place in Michigan to visit, I would definitely visit Mackinac Island. Mackinac Island is located in the heart of the Straits of Mackinac between the Upper and Lower Peninsula of Michigan. It is about a 4-hour drive north of Detroit, and you will need to take a ferry from either Mackinaw City (on the Lower Peninsula) or Saint Ignace (on the Upper Peninsula) to get there.

What is unique about the island is the near absence of automobiles. Instead of cars and trucks, you will encounter people riding bicycles and riding horse carriages like you have taken a step back in time. Mackinac Island is home to many shops, restaurants, fudge kitchens, bicycle rentals, and hotels. The Grand Hotel is one of the most historic hotels in the United States, and it is located right on the island. At the top of the hill from the town is Fort Mackinac. Fort Mackinac was built by the British in the early 1780s after moving from Fort Michilimackinac in present-day Mackinaw City and later housed by the Americans. At the fort you will learn more about the history about what life was like at the fort as well as watch cannon and rifle firings.

The best way to explore the island is by bicycle. You can rent a bike from one of the many rental shops, and you can check out the beautiful scenery along the perimeter of the island. You will get a great opportunity to look out at the Michigan mainland as well as the Mackinac Bridge which connects both peninsulas. Further inland are some spectacular rock formations such as the Sugar Loaf and Arch Rock.

It is not too late to start planning your travels for 2020, and I hope that you consider these locations when booking your next trip!